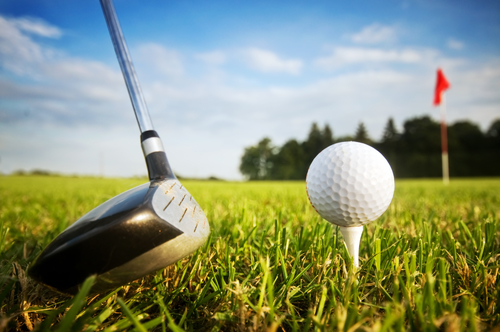 A New York state appeals court has reversed a trial court, reasoning that the doctrine of the assumption of the risk applied in a case involving a man who hurt himself during a round of golf and subsequently sued the golf course to recover damages.

Jeffrey D. Conrad claimed is his lawsuit that the injury occurred after he ascend a stairway used to access the tee box on the twelfth hole and then took a measurement from the tee box using his range finder. When he went to return to his golf cart to select a club, he stepped onto the landing at the top of the stairway, slipped on a wooden board, and fell, suffering severe injuries to both of his knees.

In response to the lawsuit, the golf facility and other defendants moved for summary judgment arguing that the plaintiff assumed the risks associated with playing golf. The trial court denied the motion, sparking the appeal.

The appeals court noted that the doctrine of assumption of the risk acts as a complete bar to recovery where a plaintiff is injured in the course of a sporting or recreational activity through a risk inherent in that activity, citing Turcotte v Fell, 68 NY2d 432, 438-439 [1986].

In the instant case, the defendants “established on their motion that the plaintiff was an experienced golfer who had played defendants’ golf course several times in the past (see Kirby v Drumlins, Inc., 145 AD3d 1561, 1562 [4th Dept 2016]),” wrote the appeals court. “Moreover, the defendants demonstrated that, at the time of the incident, the plaintiff knew that the course was still wet from rain that had just fallen, and that he was familiar with the stairway in question, having just used it moments before his accident. For those reasons, we conclude that the defendants met their initial burden by establishing that the plaintiff was aware of the risk posed by the stairway and assumed it (see id. at 1562-1563; Bryant v Town of Brookhaven, 135 AD3d 801, 802-803 [2d Dept 2016]; Mangan v Engineer’s Country Club, Inc., 79 AD3d 706, 706 [2d Dept 2010]).”

“Even assuming, arguendo, that the condition of the stairs was ‘less than optimal’ because anti-slip guards were not extended onto the portion of the landing where the plaintiff fell, that does not create an issue of fact under the assumption of the risk doctrine (Bukowski v Clarkson Univ., 19 NY3d 353, 356 [2012]),” concluded the appeals court.

Read more articles from this Issue